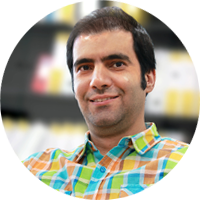 The idea of ​​combining several buildings in the form of one building brought numerous advantages to the project, such as reducing the cost of infrastructure and also creating a sense of grandeur in the main building.

The Gateway & Control Building of

The project of gateway and other buildings and the site of the eastern gate of the Khatunabad copper plant includes the design of the following items:

The project site with an area of ​​about 8 hectares includes roads, landscaping and parking for service vehicles (minibuses and buses), private cars and vehicles of the public transport unit (Motor pool). The multiplicity of buildings, their not-so-large dimensions, and how they relate to the needs of the project owner prompted the design team to innovate most of the above uses, except for the drivers’ welfare building, with the entrance and entrance gate of the plant in a single building.The idea of ​​combining several buildings into one building had several advantages for the project, including:

All of which as a result of the advantages listed in the new plan, the idea was welcomed by the owner.

In this regard, the project was designed in the form of a 4-storey building with a gate with a width of about 25 meters in the heart of which one floor was located in the basement and 3 floors on the ground. The gate designed in the heart of the building divided it into two parts, north and south, the main weight of which was arranged in the northern part of the complex, based on the functional method of the units. On the ground floor of the northern part, a large hall with a high ceiling was designed to control the entry and exit of people and the relevant uses were located on different floor. In the southern and smaller part of the building, security uses were placed due to having more independence. The building was located on the project site in such a way that the existing boulevard road passes through it and the traffic protection gate is also located in this section. Also, in the facade of the building, copper sheets have been used in a symbolic way and as a symbol of the whole copper plant.